The story broke my heart so deeply because I had come a long way with Dayo. Why must it be Dayo? I wished this never happened. How will I quit a relationship that meant so much to me just like that? If I marry Dayo mama will never be happy with me all the days of her life.

I was really confused as love and hatred battled in the spirit. Who will win this battle, love or hatred? My man whom I love so much is the reason why my only brother could not make it to the hospital. I had already gone deep with him whose anger sent my brother in to his early grave. I am now in between two hard decisions to make, either to leave Dayo and please mama or to marry him and displease my loving mother.

For a week, I didn’t pick Dayo’s calls nor return any. He sent me several text messages but I ignored them. I was boiling inside of me for the pain of losing a brother because my man was hot tampered. Dayo never gave up on me as he kept calling and sending SMS. A week later I decided to reply his text message. “Kemi, how are you today? Just checking on you”. “I’m fine”, I replied. He was so excited seeing me replying his message after one week. Can I pick you up for a date tonight? He texted. 6:30pm, I replied.

iting at our gate. He called, Kemi I am at your gate. I checked the time and it was 5:30pm. But we agreed for 6:30pm, why are you coming this early, I queried. Don’t bother, take your time, I will be here waiting for you, he said.

Who was that? Mama asked me. It’s Dayo, we are having a date. No way, I had told you to leave that boy. But mama that won’t be easy for me. I have not even discussed the story you shared with him yet. Let me go with him and relate the story you shared with me and see how he will react to it. Mama kept mute, not saying yes or no. I dressed up and joined Dayo in his car and we headed to a Chinese restaurant.

He placed an order, but I was not interested. Food or drink was the last thing on my mind. I needed to confront him with mama’s story and hear him deny or accept. He noticed I wasn’t touching any of the things set on the table, Kemi, you’re not eating? Dayo I’m not here to eat, I came here with heavy heart and we need to talk. Is it related to how your mother treated me the last time I came to your house? He asked. Yes, the reason why she doesn’t want us to be married. I wouldn’t want this good moment to be affected, can’t we discuss that later? He pleaded. I took my bag to walk away when he took me by the hand, please don’t go. We can discuss it, I am all ears.

Can you remember…… Stop, he screamed at me. Who told you all these? That old man was my late dad, the woman with him was my mother and the boy they were taking to the hospital was my only brother who died just when they arrived the hospital. He was dumfounded for several seconds while his head was buried down. 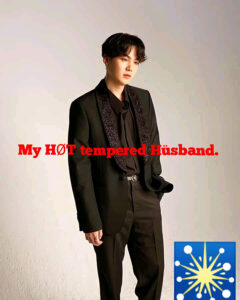