“Yes, I will be your girlfriend, Bianca said happily and hug Torre to himself.”

Torre was over joy , he was so excited and Bianca been his girlfriend, because a girl like her is very rear..

Jeremy rush over to Oliver also, Oliver I like you so much, I will be glad if you can be my girlfriend.

Jeremy was so happy, but Oliver was unhappy, the hug each other’s briefly before patting their ways.

Bianca discovered she????was pregnant, she was scared of telling Torre, he told him , and he was treating him like an egg.

Bianca always kick Torre whenever he act stupid, even when she’s pregnant, she doesn’t take rubbish.

“Sweetheart it morning, let dress up for school, he said and trace kiss over her body”.

Leave me alone, the sleeping Bianca mumbled through her sleep.

*I continues kissing her till ,she kick his dick and ran to the kitchen, while Torre ran after her.

Bianca gave birth to a bouncing baby boy, who is Jolo by name.

They finished their secondary school, and proceed to an higher level.

“Jolo will you come back here, Bianca said and ran after his child Jolo, Jolo was a very stubborn boy like Bianca”.

Bianca ran after him, and gave him a little beating.

Nanny take care of Jolo ,she said and walked inside the bedroom with Torre.

“Torre Claim her lip immediately, not giving her rest”.

The kiss was hot

They suck their lips.

They heard their son tiny voice.

“Am trying to remove something from your mom’s grown”.

They couldn’t control their laughter anymore. 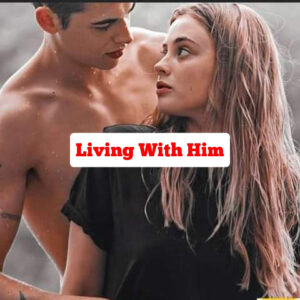 Living With Him. Episode 25

5 thoughts on “Living With Him. Final Episode.”